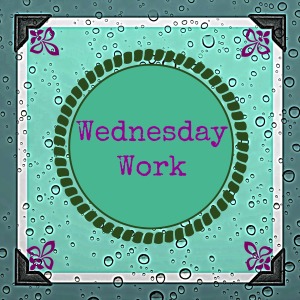 Some children are born to single mothers, others become children of single parents due to family breakup.  The change and uncertainty associated with being a single mother can be overwhelming making it difficult to control the strong emotions that often reside just below the surface of control.  Anger, frustration, grief and loss, loss of the dreams and hopes of a life you had anticipated.

For women who leave violent relationships the effects of domestic violence continues to take its toll as they face financial hardship, the stereotyping of their role as single mums. Raising a family, caring and providing for them, seeking employment, attending to school commitments, maintaining a home and a social network are hard work.

We know children thrive in homes where the quality of care is focussed and routine provides structure and stability. But what about in homes where mum has a range of complex issues to manage while doing the best to raise her children.

I know four mothers who chose not to parent.  Four beautiful toddlers and two babies, so full of promise and hope, childish cheekiness and spunk voluntarily surrendered to the foster care system because parenting alone was too difficult. Mums did not have the capacity to parent their children and each of them recognised – and hoped desperately that – their children would be better off in someone else’s care.

Cathy (not her real name) has the additional stress of having little or no support from family members and does not feel able to seek professional help because of financial constraints and/or the fear of being judged.  She has difficulty forming new social connections because of the shame and guilt they feel because of her drug use.  She is reluctant to seek counselling or undergo a mental health check in case she really is mad.  On top of that it is difficult to get out of the house because she knows people will stare at the bruising to her face and welts on her legs.

Fast forward six months. Cathy now has a diagnosis of depression and anxiety, she has been prescribed medication but forgets to take it every day. She smokes 10 – 20 cones a day. Her partner, who is not the father of her children takes her Centrelink payment each week; if she does not hand her money over he will harm her, again. When she has bruises on her arms and legs she won’t leave the house.

She’s tired of asking and no one helping and says she’s in the ‘too hard basket’ for all the services on whose doors she has knocked.  On a day when she is overwhelmed by everything in her life she rings child protection services to request help.

Two hours later an unmarked car and a police vehicle pull into her driveway.

Cathy has a choice, the social workers from child protection tell her, temporarily sign the children over to the department’s care and things will be easier (for whom?). Or she can resist having her children removed in which case the police will forcibly remove the children.

The present system in Australia is punitive and demonises parents who have a mental illness, are substance dependent and experience domestic violence.

Cathy now has herself to focus on (blaming herself for everything that has happened) and she continues to attend regular drug counselling. One day she is persuaded to enter a detoxification unit and agrees to go on to complete a twelve month residential rehabilitation.  She trusts her children are being cared for and loved by someone in a better position than herself; giving them what she could not.

The detox facility’s assessment process is rigorous and she feels judged by the process and the attending medico’s attitude.

When Cathy entered the detox unit, the same medico greets her with:

“Oh, you’ve arrived, we didn’t expect you to turn up. You’re the slasher?”

“Oh well, that must the one after you.”

So while the rest of us are trying to break down the barriers that judgement builds, the professional in the caring role at detox intake is showing that prejudice and stigma are alive and well in the medical profession. Go figure.

If we see our single mums as weak, dole bludgers, drunks, addicts, junkies, lying no-goods, scumbags who deserve to have their children removed then there is little hope of helping them to break free of substance dependence and poverty.  As long as we do not uphold single mothers’ rights to respect then things will not improve for the likes of Cathy and her children.

Cathy completed the seven day detox regime and is part way through a twelve month rehabilitation programme. Her children have been placed in long term foster care and they see Cathy four times a year.

“Stigma’s power lies in silence. The silence that persists when discussion and action should be taking place. The silence one imposes on another for speaking up on a taboo subject, branding them with a label until they are rendered mute or preferably unheard.”

4 thoughts on “The Struggle of Single Mums”