It hasn’t been that long since our previous visit to the hamlet of Greenock nestled, in the heart of the Barossa Valley. This is a wine-producing region of South Australia and one that can hold its head high with other primo wine regions of the world.  Primarily it is a destination of wine buffs but there is enough to do and see to keep the rest of us entertained between wine-tastings.

One could spend weeks, or months, or set down your bags and stay forever. It’s that kind of place. We’re back at the Greenock Oval and have set camp amongst the trees overlooking the cricket oval and cricket is over for the weekend. It is a beautiful spot.

The beautiful lacework of aluminium panels, friezes and spear tops that adorn and complete these old homes. Some modern homes are now recreating these looks as they use cast aluminium to add fancy designs to exteriors.

Sometimes referred to as a “little Scotland in the Barossa Valley”, the region is believed to have been named by James Smith, the secretary of George Fife Angas, after the town of Greenock at the mouth of the River Clyde in Scotland. The name Greenock literally means “sunny hill” and is derived from the Gaelic, Grain – meaning Sun, and Cnoc – which means Hill. Sourced with thanks from Light RegionalCouncil

There’s something about doors, especially closed doors that make you curious about what lies on the other side. “That’s a closed door,” another way of saying “Don’t even go there.” Yet we want to even if just a little bit. And when the doors are this old and colourful why wouldn’t you want to know the stories of people who have walked in and out of this particular door. History, intrigue and culture, the imagination could go on forever.

In April of last year, I wrote a piece covering the history of the village and the rich immigrant heritage that has touched not only the people of the village but the region as a whole but there is more than just history in this village.

The Adelaide Arts and Fringe Festivals are annual events during February and March making it a perfect time for a second visit. And the artsy celebrations and installations aren’t limited to the CBD, even in the outlying smaller towns and villages of South Australia there is inclusivity that draws the entire state in. We took these pix on Sunday afternoon as we reconnected with the village.

The artwork below entitled Circles of Life was a joint project initiated by an art therapist with residents from the Tunanda Lutheran Home. The artists’ age range is between 91 and 73 years. I liked the colours and the theme.

Greenock has its origins in copper mining, but the surrounding fertile land was responsible for the village developing as a service centre for the grain industry and supported the local farming community. The Greenock Arms Hotel was the relay station for district mail coaches and teamsters hauling primary produce from the Barossa and copper from the nearby Kapunda Mines.

The old silo, mill and wheat store are still there, although the wheat store is now home to the funky boutique Greenock Brewery.

I’ll leave you with a short slideshow of pix taken in and around Greenock.

What am I reading?

I have a number of books on the go. A friend loaned me a set of six historical novels by Sandra Penman and I’m a few pages into When Christ and His Saints Slept. Then there are the daily meditations from The Daily Stoic which keeps me grounded and real. And Feel the Fear and Do It Anyway by Susan Jeffers which complements The Daily Stoic readings in not letting me get too far ahead of myself.

The lovely time Basil and I shared at Kalleske Winery this afternoon as we tasted and then purchased wines to accompany our lunch in their beautiful gardens in the sunshine. A perfect way to celebrate his birthday. 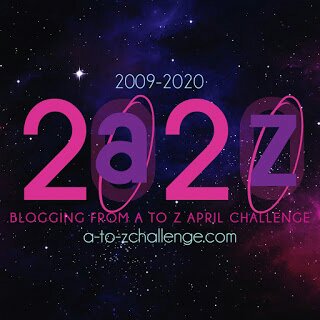